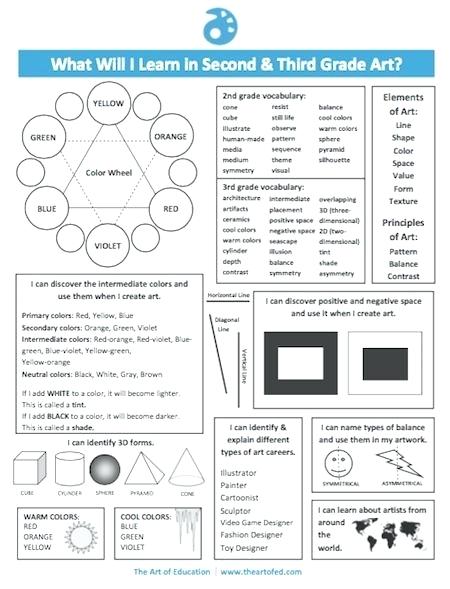 Lesson:  "DaVinci was an Italian artist who lived in the 1400s. He was a great artist from the time he was a kid but he became famous because he was able to do so many other things too! He was an architect, musician, sculptor, scientist, inventor and mathematician. He used his art skills by drawing out in his sketchbook what he wanted to build/invent so that he could see how things would work. He painted many famous artworks that you might recognize like the Mona Lisa and The Last Supper. His inventions include: war machines, a helicopter and robots!"  ~Jamestown Elementary Art Department
​ 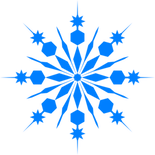 "Kirigami vs. Origami Kirigami is the Japanese art of cutting paper, named from the words "kiru" (to cut) and "kami" (paper). Symmetry is a very important concept in Kirigami. Snowflakes and flowers are all examples of Kirigami projects in which cuts are made to enhance the symmetry of the design. Kirigami and origami are often confused, but these two crafts are not the same. It's true that they both incorporate the use of beautiful papers and folding techniques to make flowers, animals, and other designs. However, pure origami does not allow you to make cuts in the paper. To construct your design, you must fold one or more sheets together. In addition, there is no gluing or taping allowed in origami. In Kirigami projects, however, both techniques are acceptable. Occasionally, people practicing Kirigami will use a pencil to make marks on the paper before they cut. While this can help a beginner improve his accuracy in creating more complicated designs, the history of Kirigami recommends that crafters use scissors or a knife only.​"  ~Dana Hinders

Inspiration:  Faith Ringgold
Story:  TAR Beach
Keywords Defined in this Lesson
• Birds Eye View - a scene shown from high up in the air as a bird in flight might see
it
• Collage - work of art created by gluing bits of paper (or other mediums) to a flat
surface
• Color - an element of art. The hue, value, and intensity of an object.
• Composition - arrangement or design of elements of an artwork to achieve balance,
contrast, rhythm, emphasis and unity to make an effective expression of an artists'
idea.
• Illustrate - to create designs and pictures for books or magazines to explain or
show what happens in a story.
• Landscape - a painting or drawing showing a scene from nature, often including
mountains, trees, rivers, fields and other outdoor scenery. ​ 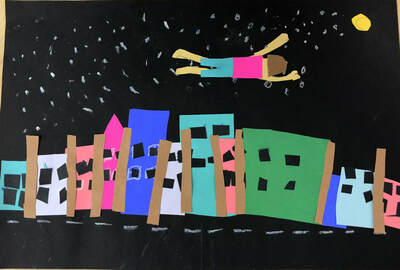 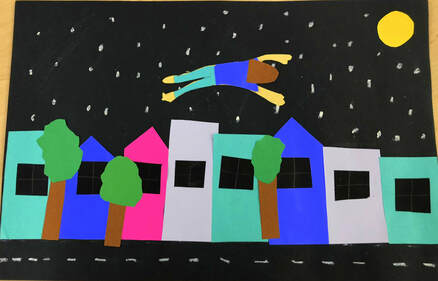 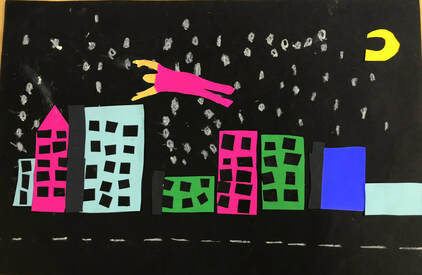 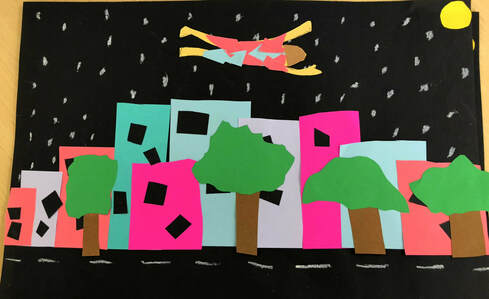 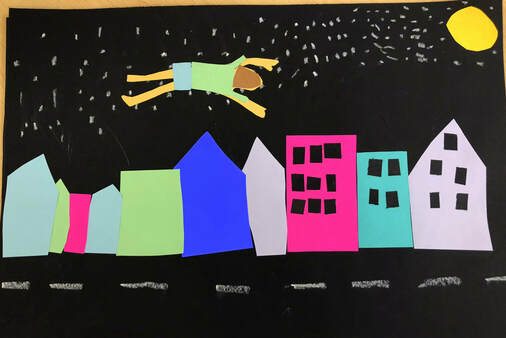